I’m sorry for the lack of posts this year. It’s been a bit of a rough year, and, long story short, I’m now in a one-year master’s program to become a high-school Biology teacher. This came with 17 graduate credits this summer, so I’ve been a bit swamped. However, I have been able to get to the Akron Zoo every once in a while. There, I saw an animal that was perfect to pull EUT out of its eight-month slump. Meet the Mountain Chicken. 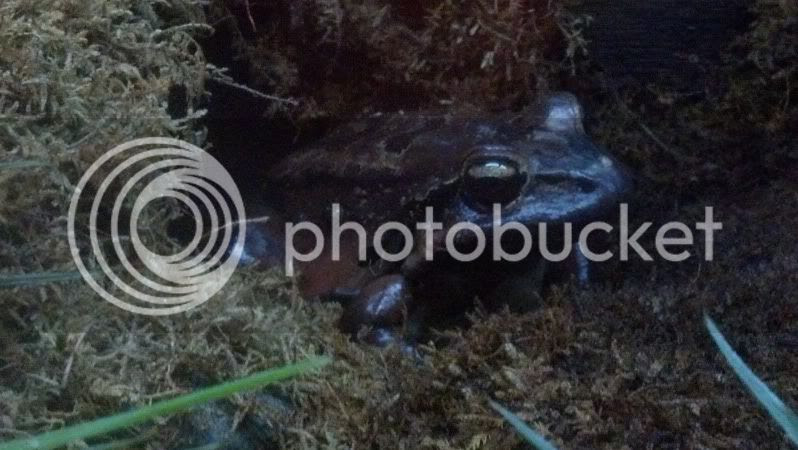 No, that’s the correct picture. Leptodactylus fallax also goes by Giant Ditch Frog or Crapaud (French for “toad). It is an impressively large frog1, weighing in at eight inches long and 1 and a half pounds. It hails from a few Caribbean islands, namely Dominica and Montserrat.

With a common name like “Mountain Chicken,” it isn’t really difficult to understand the main reason this animal is endangered: it’s delicious. Other problems like habitat destruction and the Cytrid fungus that have ravaged all amphibian populations are also plaguing this regal animal2.

As conservation programs tried to raise young froglets to maintain the population, they had to figure out the strange breeding and rearing habits of the Mountain Chicken. First, they don’t breed in water like other frogs. Instead, they dig burrows that fill with rainwater and do their business there. In this underground pool, the female releases a liquid that the male whips into a foamy nest. Then things get weird. 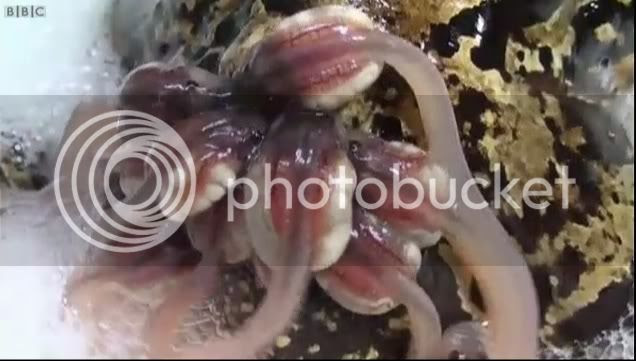 The above video gives a wonderful description of Mountain Chicken childcare, but I’ll give you a synopsis. Rather than resorting to grazing, hunting, or cannibalism like other tadpoles, the Mountain Chicken tadpoles rely on mom, who spews forth tens of thousands of unfertilized eggs. These are quickly gobbled up by the little babies, and the feeding frenzy is an image you’ll try to scrub from your mind for days.

Recently, hunting the Mountain Chicken has been outlawed. Scientists are still working on curing amphibians of the Chytrid fungus. Hopefully these, along with those breeding programs, can bring this Chicken back from the brink.


1The Mountain Chicken is only about half the size of the Goliath Frog, but that’s still pretty hefty.
2When held, they make an alarm call that sounds exactly like a giant squeaky toy. It’s ear-shatteringly adorable.
Posted by Garfman at 10:09 PM 4 comments:
Categories: Amphibians, Habitat Loss, Hunting, Islands, Mountains

Recently, a new species of snake was discovered in the Tanzanian rainforest. It belongs to a genus of viper whose hemotoxic1 venom has no known antidote. It is named after a young woman who has the honor of being one of the first people to take care of it. She happens to be seven.

This is Matilda's Horned Viper (Atheris matildae). The Matilda in question is Matilda Davenport, daughter of Tim Davenport, director of the Wildlife Conservation Society's Tanzania program. She took an early interest in the specimens the research team brought in. They began to unofficially refer to the snake as "Matilda's Viper," and, before long, it was no longer unofficial. Though it seems that Matilda's younger sister now wants a species named after her too.

The location of Matilda's Horned Viper are being kept under wraps, as the researchers fear poachers may come after this exotic and brightly colored snake for the pet trade. They've started a breeding program to provide individuals to zoos to allow the public to get their first glimpse of this gorgeous snake.

On a more personal note, I now have an Etsy shop where you can order needle-felted versions of Endangered Ugly Things. I can even make things just for you; to order, click the "Request custom item" button on the side of the shop.